This week was definitely a really good week to set myself up for the end of semester. I've realised how fast I work artistically, and now understand how I'm going to approach this final few weeks. I've basically done the bulk of everything and am now focused on the details of it all.

It's actually quite hard conducting playtests with so much art to do, but I still understand why it needs to be done.

So yeah! I did all the character portraits, and then have written down a list of all the art I need to do now. That doesn't seem like much, but having everything in a list that I can just tick off makes everything much easier to deal with. There's a tangible list of things I can draw, and then I'm basically done with art (minus the editing that follows). But the thing is, once I'm done with the art, then I can finally move on to the last phase of the project, which is add in those things that makes a game feel whole. A menu, floaty bits that say, "Hey! Fucking INTERACT WITH ME!", and so on. That's actually really exciting. I can actually see the finish line, like that's mad, that's so good.

I'm going to throw in some of the character portraits I did here: 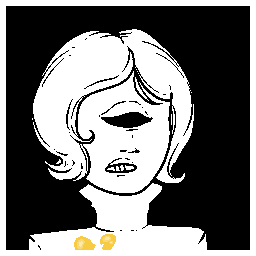 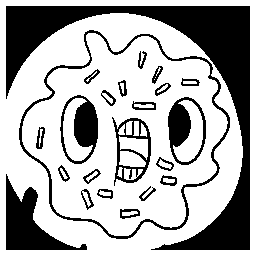 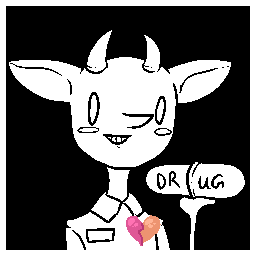 Aren't they so good? It took me 3 tries to get the shading right, it was actually really hard. I shaded them with detail, and that looked awful. I had the outline be white and then the middle black which looked kinda funky, and then I shaded them with white and cried, because it looked good but also because it meant I needed to change how all the things I already fucking drew looked.

I had people play my game, and suddenly everyone notices how the character is missing a heart. Everyone feels like shit that they're the only person missing a heart. I have more ideas for editing dialogue. I want all the non-friends of Ghost to refer to them as, "Hello, Half-Heart Ghost! How may I help you?" and see if that's too on the nose… Because now that I'm typing it out I'm worried it just sounds like some kind of allegory for divorce.

I've had a friend that's a writing editor go through most of my quest dialogue and tell me what's crappy and what's good. Her changes have been so significant not only in totally fixing the pacing of a lot of the game, but also teaching me what flows better and what is clunky. It's helped me go through a bunch of other dialogues and fix them so they flow much better than before. I've actually noticed people laughing way more consistently in playtests than before, which is actually really cool? And it's not just that but I can predict where the laugh is going to happen, like I can call out where the joke is going to prompt laughter. There's a few times I'm wrong where people laugh at things I thing are actually shit, and of course people have a varying sense of humour, but despite variation there's still a line of consistency. And I'm starting to get a much better feel for it.

I can feel the end of semester approaching, however. All my other subjects are starting to intensify in workload, and I can feel myself pushing myself even further to work harder which perhaps is concerning regarding my stress levels. But hopefully, I will have the art done by next Thursday so I can start that editing.